Georgetown is the third oldest city in South Carolina, founded in 1729 and becoming an official port of entry in 1732. Indigo was once the money making crop in this town and when the need for it declined they switched to rice. The swampy, low-lying land next to tidal rivers made it the perfect environment to grow rice. By 1840 half the total rice crop from the US came from Georgetown and the port exported more rice than any other port in the world. The local variety, Carolina Gold, was in high demand worldwide. Had it not been for the large African slave population’s knowledge in rice growing this would not have been possible. They have a wonderful Rice Museum there that is well worth the time if you ever get there.

We stopped in the Maritime Museum too. It’s free and full of interesting
things, Like the Planter, a side-wheeled steamer constructed in Charleston in 1860. During the Civil War she was part of both the Confederate and Federal Navy and Army. She became famous as a war prize vessel on May 13, 1862 when she was commandeered in the middle of the night in Charleston harbor by the ship’s pilot, Robert Smalls and her enslaved crew and their families. They turned her over to the Union blockading fleet! She was lost at sea on 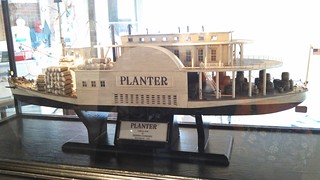 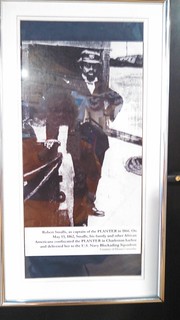 Robert Smalls, the ship’s pilot, went on to become a member of the Unites States House of Representatives from 1875-1887.

Another great site in Georgetown is the Kaminski House Museum. A fine example of an old antebellum home built around 1750-60. Their not sure of the exact time, but it was given to the owners daughter in 1769. We didn’t go on the tour, just wandered around outside. It sits right on the river. Lovely, peaceful piece of property. Although the paper mill that is right up the river from it now smells something terrible! I found a wonderful virtual tour of the house on their website so you can take a tour right now if you want! 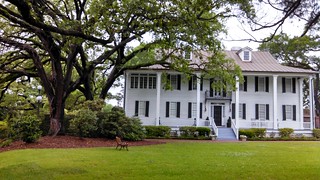 Another wonderful treat in Georgetown is the Browns Ferry Vessel.  A small colonial merchants vessel estimated, from the age of artifacts found aboard it, to have sank about 1730-40. The vessel is probably older than that judging by some patching done at the seams near the butt. It was discovered by sport divers in 1971 in the Black River near Browns Ferry Landing. The vessel was recovered by the Marine Research Division of the Institute of Archaeology and Anthropology at the University of South Carolina (boy that’s a mouth full!) in 1976. It was taken to Columbia, SC and immersed in a tank of polyethylene glycol for conservation and in 1992 it was transported to Georgetown and placed on the third floor of the Prevost Gallery (the old hardware store) for reconstruction and is on display there now. The vessel is made of pine, oak, and cypress and about 50ft. long. It was a flat bottom boat with two masts and could be sailed, rowed or poled. It was carrying a cargo of ten thousand bricks when it sank. A maritime expert at the time considered its value to be the most important single nautical discovery in the United States to date. Its discovery establishes primary evidence for American shipbuilding nearly fifty years earlier than previous discoveries. Here are a few pictures I took of it. They had to completely remove the roof of the old hardware store to get it into the building on the third! Look here for pictures of items found on it. 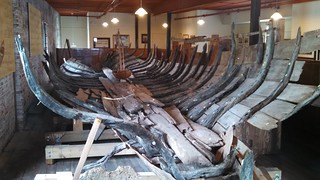 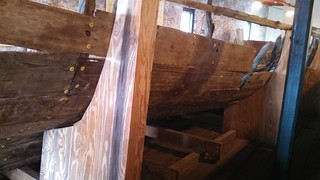 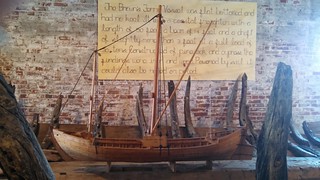 A model of what it would have looked like 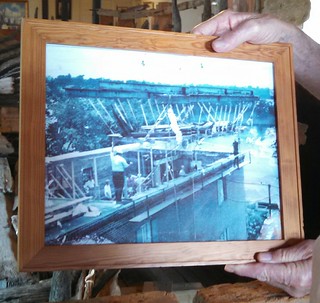 picture of them bringing it in through the roof.

It’s a lovely old downtown to roam around with nice shops and restaurants and lovely old buildings. Here are some shots around town. Starting with the old hardware store that houses the Browns Ferry Vessel and shelves of their old record books and the original cash register that had a cash drawer that opened towards the customer! 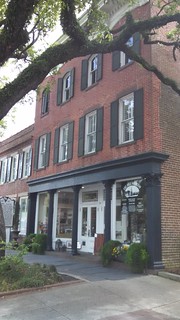 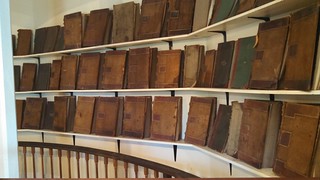 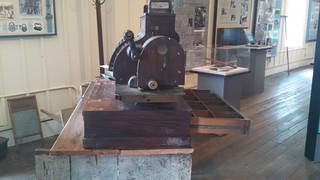 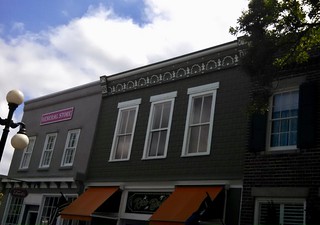 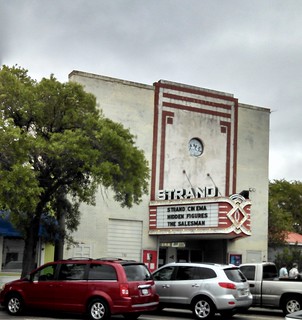 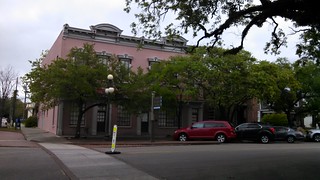 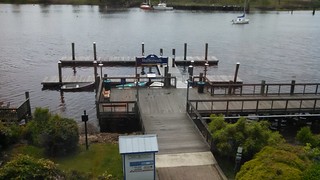 If your ever in Myrtle Beach make a day to spend in Georgetown. It’s not far south from Myrtle Beach.