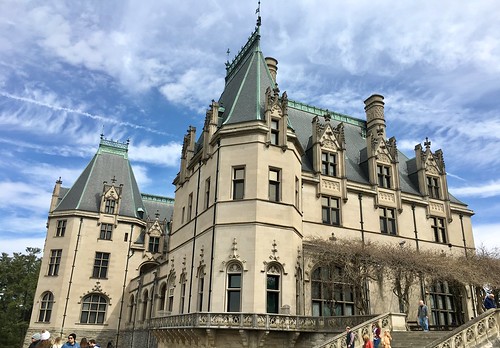 A couple of weeks ago we went to Biltmore House in Asheville, NC., America’s largest home. A sweet friend has season passes and she receives free passes to hand out the first of the year. So we got to go for free! It’s not cheap to tour this house!

George Vanderbilt was born in 1862, grandson of the famed industrialist, Cornelius Vanderbilt. They were for all intent and purpose, American royalty. After traveling to Asheville, NC in 1880 with his mother he decided to build a home there in the beautiful Blue Ridge Mountains. Construction started in 1889 and the house opened on Christmas day in 1895. George married Edith in 1898 and made Biltmore their family home. They had one daughter, Cornelia. George died at the age of 51 in 1914 after having his appendix removed. Cornelia married an English judge, John Cecil in 1924. They lived in Biltmore and had two sons there. In 1930 they opened the house to the public to help draw tourist and income to Asheville during the depression and to help with the cost of maintaining the house. It is still a family owned property. The house has a rich history, priceless art from the National Art Gallery in DC was stored here to keep it safe during WWII. You can read up on the house at the website HERE.

The house, a French chateau design, has 250 rooms, 35 bedrooms, 43 baths, 65 fireplaces, a 70,000 gallon indoor, heated swimming pool, the first privately installed bowling alley, a gymnasium and a library with 10,000+ books! The estate is 8,000 acres and has large gardens, walking trails, a farm, a winery, a small shopping area and two hotels. It was completely self-sufficient in its day. For a house that old it is in excellent condition! Even the original telephones and servant communication systems are still there. It has an Otis elevator and while we were there it was down for the first time since installation in 1895! The motor was sent out to be re-wound. The guide said just think what the mechanics at Otis thought when they received a 125 year old motor to work on! All the furnishings are original to the house too! It really is a treasure, a step back in time. Of course the free tickets are for January through the middle of March so the gardens were not in bloom.

Gargoyles were all over the outside of the house. It was really cool. It was fairly crowded. We spoke to two gentlemen who have season passes and they said they open and close rooms during each season so you have to come back to see all of them. They also said it is so crowded in house in the summer you can barely move and before they installed the air-conditioning it was unbearably hot and humid.  I took so many pictures. I’m going to share a few here and give you the link to my Flickr album so you can look at all of them. 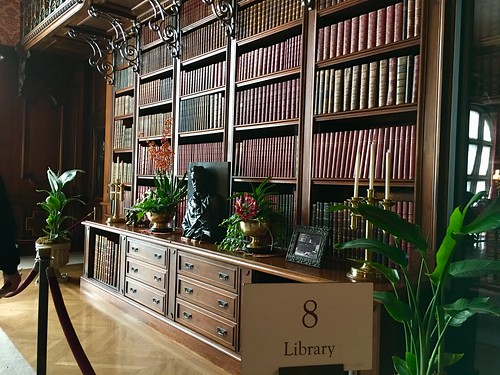 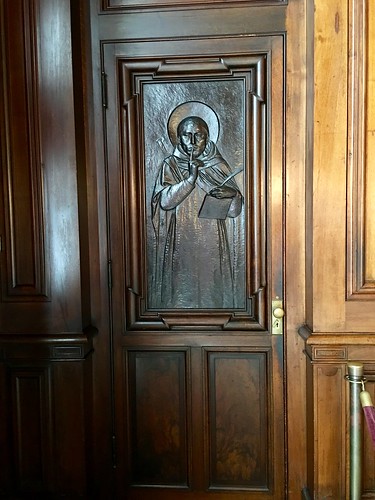 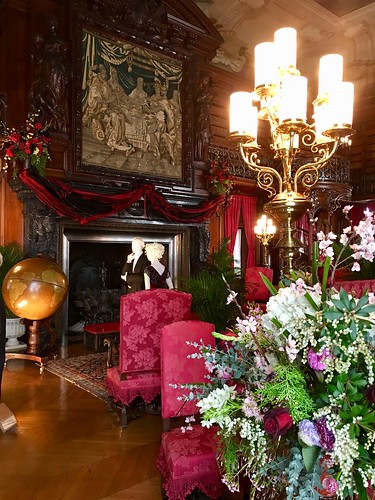 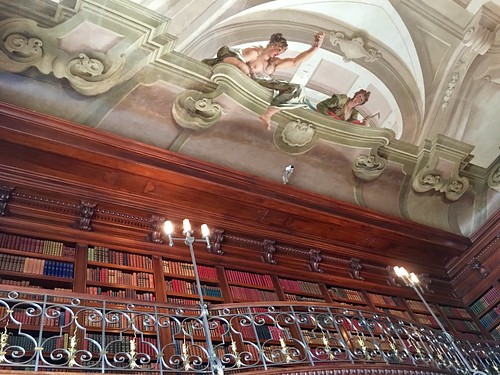 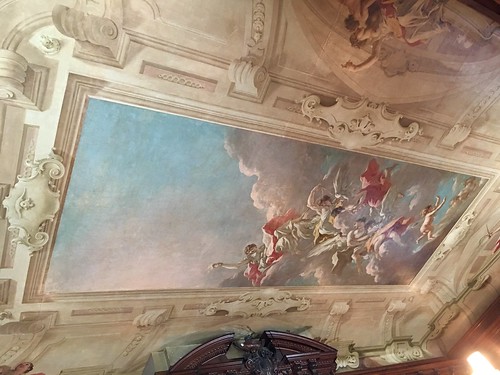 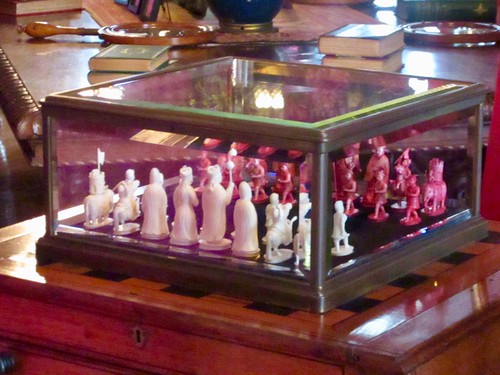 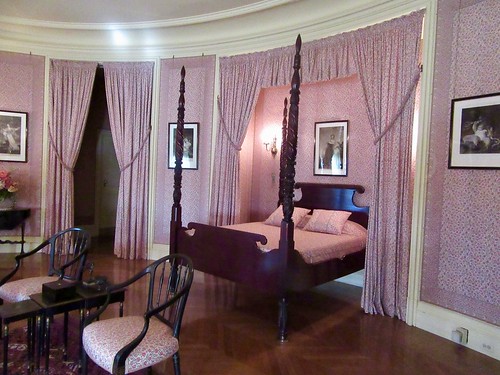 Thes two pics are of my favorite bedroom! Reserved for special guests 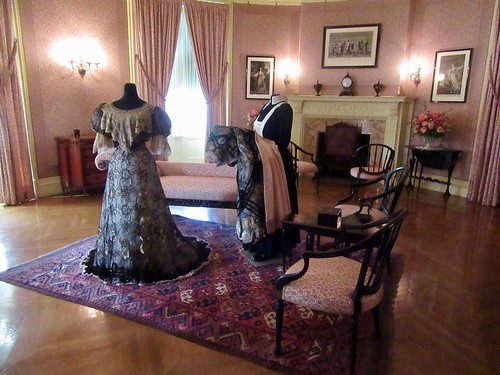 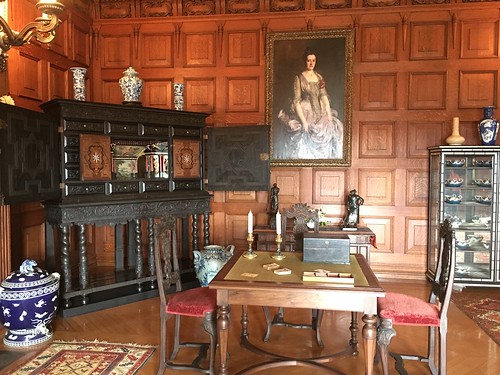 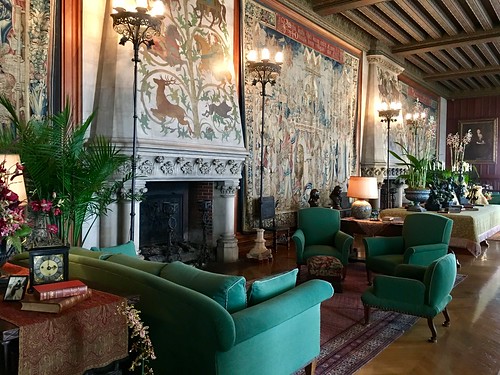 The Loggia, one of my favorite rooms. There’s a large balcony off this room with the wide sweeping views of the mountains and countryside. 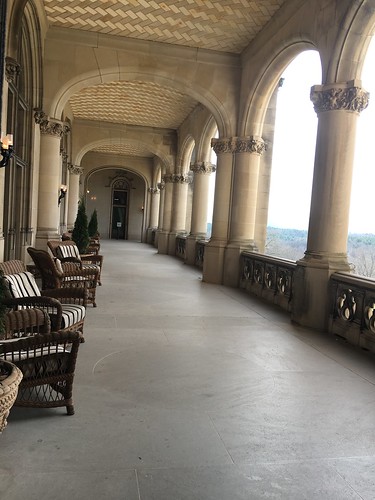 This is the balcony. Large windows are opened off the room into this porch. 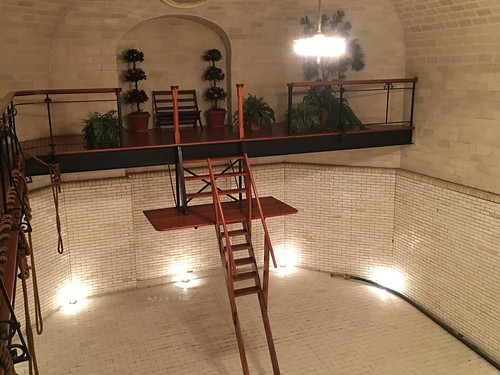 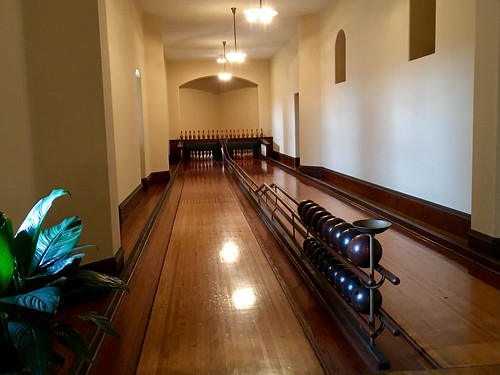 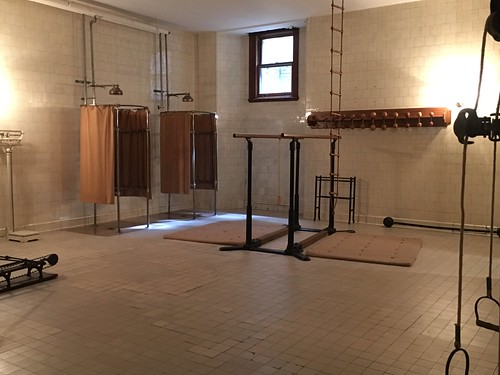 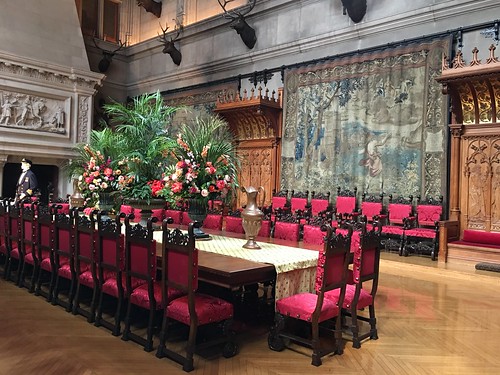 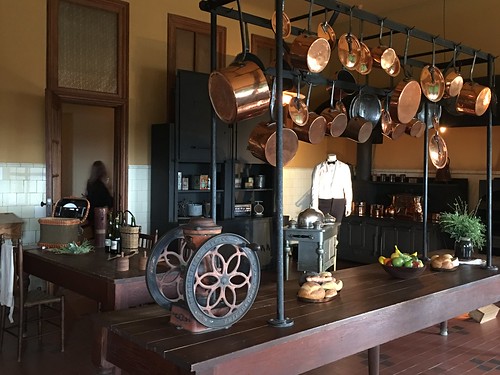 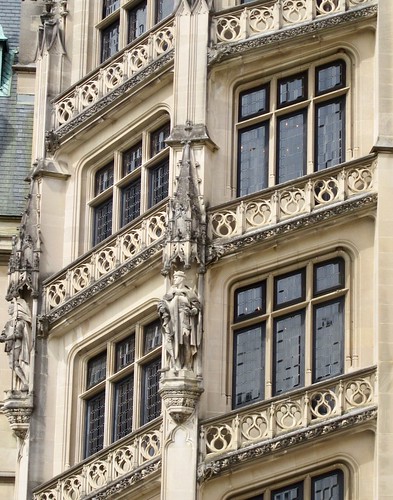 Windows on the main staircase inside 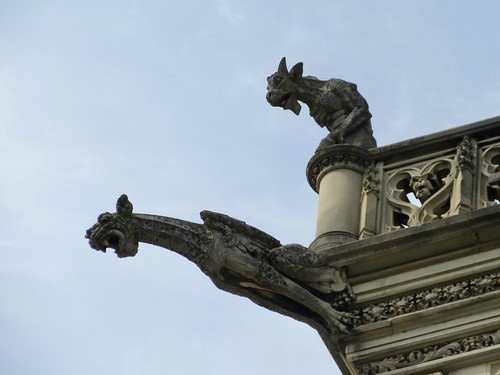 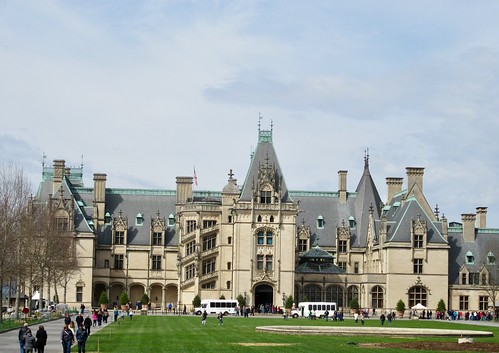 Front of the chateau

So many more gorgeous things to look at so jump over HERE! Photos of lights, magnificent ceilings, drain spouts, kitchen, laundry rooms etc. Be sure and click on each picture and read the descriptions. There were costumes from the Titanic period on display during our visit. Thats what all the mannequins are about in the pictures. The Vanderbilt’s have a connection to the Titanic – they were scheduled to sail on her and at the last minute changed their plans and sailed later on another ship!

Hope you enjoyed the day at Biltmore with me!