Read a couple of good mysteries the last couple of weeks…

England at War. The blitz has forced the evacuation of many government offices from London and Francis Pettigrew dutifully follows his Ministry to the distant seaside resort of Marsett Bay in the north of England. Accommodations are crowded and uncomfortable while office relations leave much to be desired. The disgruntled community of civil servants must provide their own entertainment in their provincial exile, and when one of their members turns out to be a mystery writer in civilian life an amusing parlor game of “plan the perfect murder” is soon influx swing. Pettigrew remains aloof from this silliness but is promptly engaged when a victim, a real one, is discovered – slain by a common office utensil…

I enjoyed this one. The story revolves around the crew at the Pin Control Ministry. It was never explained what the ministry did really but what I can gather it is a satire on WWII British bureaucracy. Pettigrew’s old friend Inspector Mallett shows up to investigate a ‘leakage of information’ in the pin control and ends up ‘pinned’ to a murder case 🙂 There were several sub plots going on to keep you engaged and interesting characters. I have read one other Cyril Hare book and enjoyed it too, so I am looking forward to the couple others I have on the shelf.

When Detective Sime (sheem) Mackenzie is sent from Montreal to 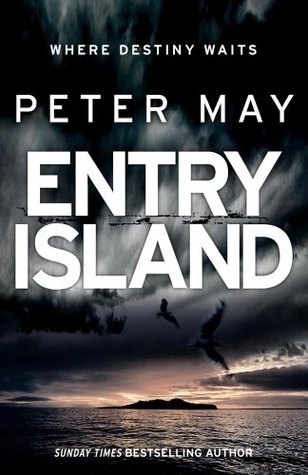 investigate a murder on the remote Entry Island, 850 miles from the Canadian mainland, he leaves behind him a life of sleeplessness and regret.

But what had initially seemed an open and shut case takes on a disturbing dimension when he meets the prime suspect, the victim’s wife, and is convinced that he knows her – even though they have never met.

And when Sime’s insomnia becomes punctuated by dreams of a distant Scottish past in another century, this murder in the Gulf of St. Lawrence leads him down a path he could never have foreseen, forcing him to face a conflict between his professional duty and his personal destiny.

Peter May is probably one of my favorite writers. His books are hard to put down. This one is special because you have two storylines going on. One in current day Canada and one during the Scottish Highland Clearances and potato famine. It brought to my attention Grosse Île, a quarantine station on a small island in the St. Lawrence River where immigrants were quarantined before being allowed into Canada. A sad place. It is a historical site now and on my bucket list, if we ever get to travel freely again ;( A top notch mystery and a sweet family story.

It’s been a couple of busy weeks around here. We moved my handicapped brother, Donald, down from Pennsylvania. He lived in a personal care home there, and with us down here in TN and only my in-laws up there now he was lonely. We didn’t get up there much anymore and the owners, that we loved, decided to retire and sold. The new owners weren’t in it for the love of the residences and then Covid and all this craziness started so I decided he needed to be with me. It’s hard to be an advocate from 8 hours away.

So Donald is living with us for now. It’s been a time of adjustment for all concerned. New routines for all of us. He is pretty dependent on someone for his daily care so it’s a lot of change for me especially. We’ve settled into a comfortable routine though and I think we’ve all adjusted pretty well to each other. I enjoy seeing us all work together. My son is still living here too so we have a full house. Him being here does give me some freedom to get out a little because he ‘babysits’ for me. Lots of red tape to wade through getting his Social Security changed and his medical set up etc. Donald seems happier and calmer so that’s what’s important. The plan is to find a suitable assisted living home for him, but I don’t want to do that until Covid is over. I don’t want to not be able to go visit him and bring him home for dinner or out for a ride or check on his clothes etc. So we will play it by ear.

Donald is blind and has a fine motor skill impairment so he can’t do things like shave or tie shoes or pour a glass of tea. He was born three months premature so its pretty amazing he is alive and healthy! He can shower himself but you have to check on him and sometimes help him find the soap! I hand shave him every couple of days and he uses an electric razor himself a couple of days. He misses spots so I have to go over those with the electric razor. He has artificial eyes so we have to be careful to keep them clean and lubricated. And of course he can’t fix any meals for himself. He loves game shows and the old TV shows especially the westerns. He gets books on discs from the Library for the Blind and we have that all transferred to Nashville now from Pittsburgh. He listens to books each afternoon. He likes mysteries and westerns. He listens to CD’s and loves the oldies like Karen Carpenter and Neil Diamond. It’s getting harder to find CD’s and he can’t do touch screens so I will have to buy MP3’s and burn discs for him. He’s been heard singing along with Karen Carpenter a lot the last few days! 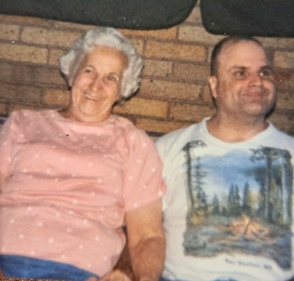 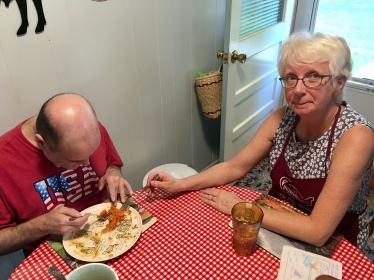 An earlier picture of Donald and my mom. He still had some hair on top of his head! And me helping him keep the food on his plate, I feel like I’m becoming our mom!

Vera Lynn, the boss of the house, is getting use to Donald and gave him a good welcome. She goes in and helps me wake him up every morning and really wants the stuffed dog he sleeps with 🙂

Have a great day and hug someone you love today! Never know how long you’ll have them!

Book’s back cover:
A MAN WITH NO NAME
An unidentified corpse is recovered from a Lewis peat bog; the only clue to its identity being a DNA sibling match to a local farmer

A MAN WITH NO MEMORY
But this islander, Tormod Macdonald – now an elderly man suffering from dementia – has always claimed to be an only child.

A MAN WITH NO CHOICE
When Tormod’s family approach Fin MacLeod for help, Fin feels duty bound to solve the mystery

This is the second in a trilogy. I’ve read several reviews that say they liked it better than the first book. Although I really liked this one too I think I liked the first one better. The body in the peat bog was really interesting and of course the sense of place and atmosphere is wonderful as in all his books. I just liked the wrap up of the first mystery a bit better.

Good characters and relationship growth. Looking forward to peeking in on them in the third book, The Chessmen. 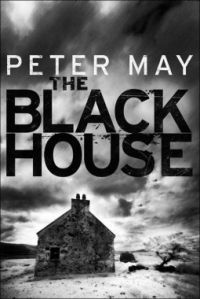 The Isle of Lewis is the most remote, harshly beautiful place in Scotland, where the difficulty of existence seems outweighed only by people’s fear of God. But older, pagan values lurk beneath the veneer of faith, the primal yearning for blood and revenge.

When a brutal murder on the island bears the hallmarks of a similar slaying in Edinburgh, police detective Fin Macleod is dispatched north to investigate. But since he himself was raised on Lewis, the investigation also represents a journey home and into his past.

Each year the island’s men perform the hunting of the gugas, a savage custom no longer necessary for survival, but which they cling to even more fiercely in the face of the demands of modern morality.

For Fin the hunt recalls a horrific tragedy, which after all this time may have begun to demand another sacrifice.

The Blackhouse is a crime novel of rare power and vision.

A page-turning murder mystery that explores the darkness in our souls,
and just how difficult it is to escape the past.

This book has been around the blogs and I’m probably one of the last one’s to read it! But it was just released in the US by Quercus Books and I want to thank them for letting me preview this book. It was stunning!
Vivid, gorgeous descriptions of the Isle of Lewis. Wonderful sense of place. Interesting complicated relationships. The story moves flawlessly between current day and his memories of his youth on Lewis. His memories are told in first person and present day in the third person. Almost like two stories weaving in and out of each other and coming together in one superb, climatic ending I was not expecting!
This is a book that will stay with you and might possibly be my favorite book read this year! I can’t wait to get onto the next one in the series!
You just have to go to the author’s website (link above) click on The Lewis Trilogy to the left and check out all the extra’s on this series available there!
A couple quotes from the book:
‘The clouds were shredded all across the sky as they drove back to Stornoway, ragged strips of blue and black and purple-grey. The road stretched straight ahead of them, rising to the horizon and a strip of light beneath the bruising where you could see the rain falling in sheets.’
‘In his head, Fin could almost hear the singing of the Gaelic psalms. A strange, unaccompanied tribal chanting that could seem chaotic to the untrained ear. But there was something wonderfully affecting about it. Something of the land and the landscape, of the struggle for existence against overwhelming odds. Something of the people amongst whom he had grown up. Good people, most of them, finding something unique in themselves, in the way they sang their praise to the Lord, an expression of gratitude for hard lives in which they had found meaning. Just the memory of it brought him out in goose pimples.’
Excellent book.
Peggy Ann